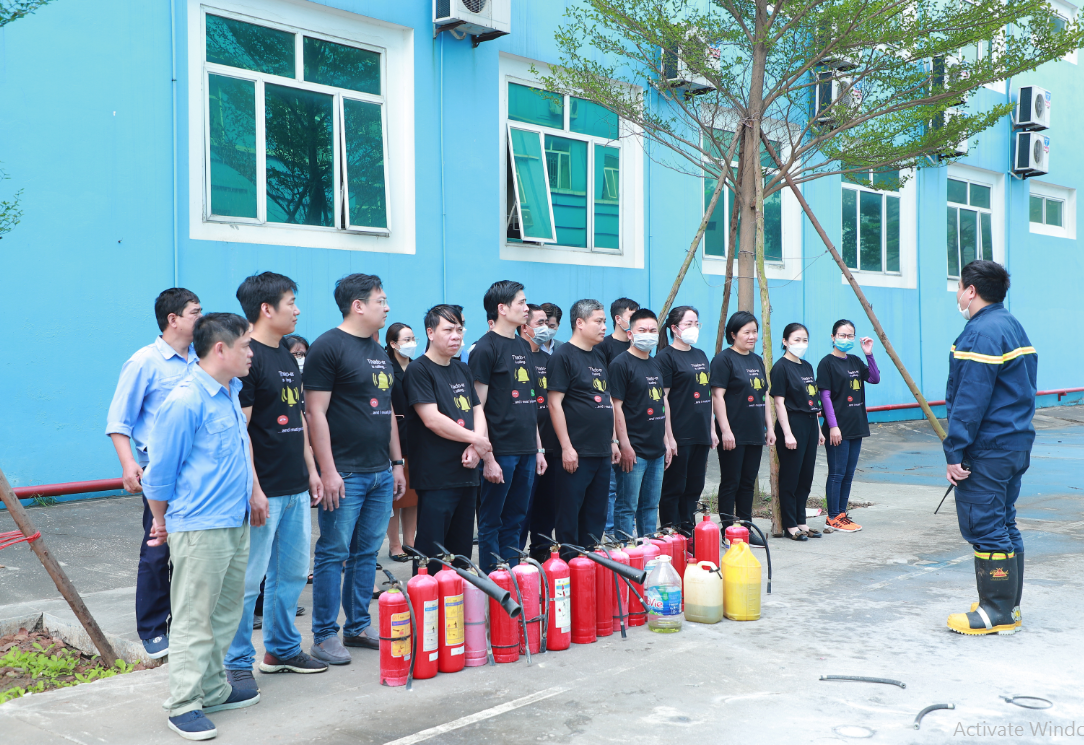 At the training session for officers and soldiers of the Fire Prevention and Fighting Police Team, they introduced basic knowledge about the harmful effects of fire and explosion; fire prevention; fire source, fire fighting measures when bad situations occur, such as: gas leak, electric fire, petrol fire, etc. 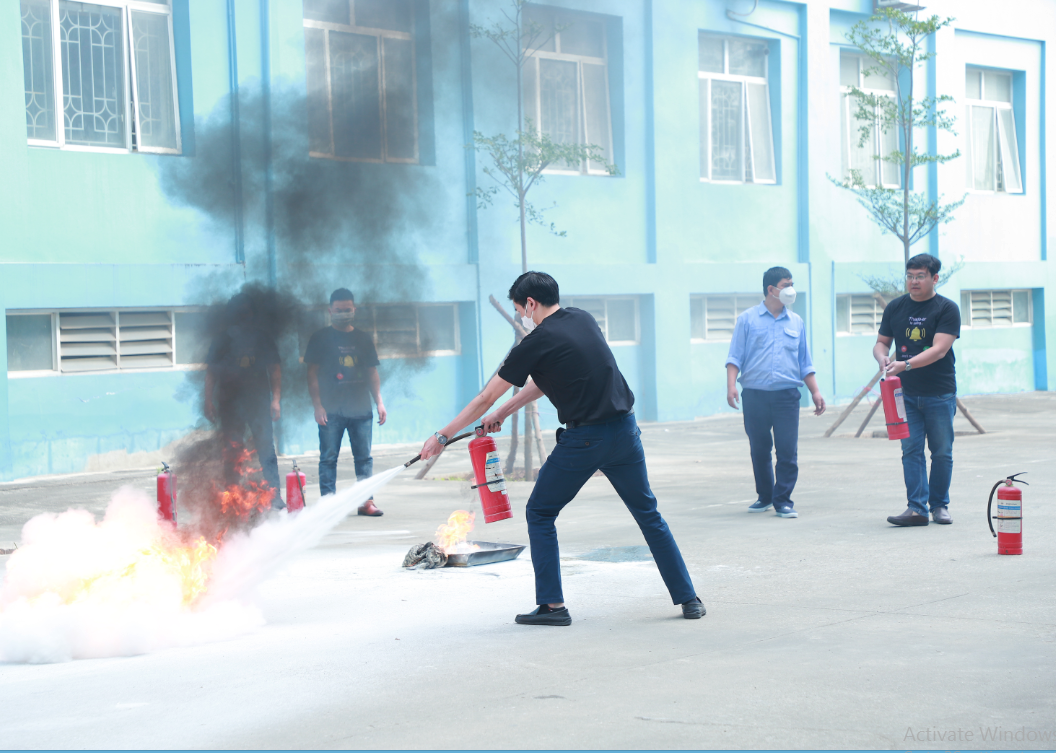 The important content of the training session was the simulated fire drill, the lecturers and staff of the University were introduced some support means by the officers and soldiers of the Fire Prevention & Fighting Police Team. On-site fire fighting skills, skills in using fire-fighting means such as portable fire extinguishers, powder…

In particular, in the rehearsal with a hypothetical fire situation in the classroom area of ​​Building B, as soon as a fire was detected, the school’s fire prevention team performed on-site fire fighting, instructed to accidents for lecturers and students to ensure the safety of life and property. 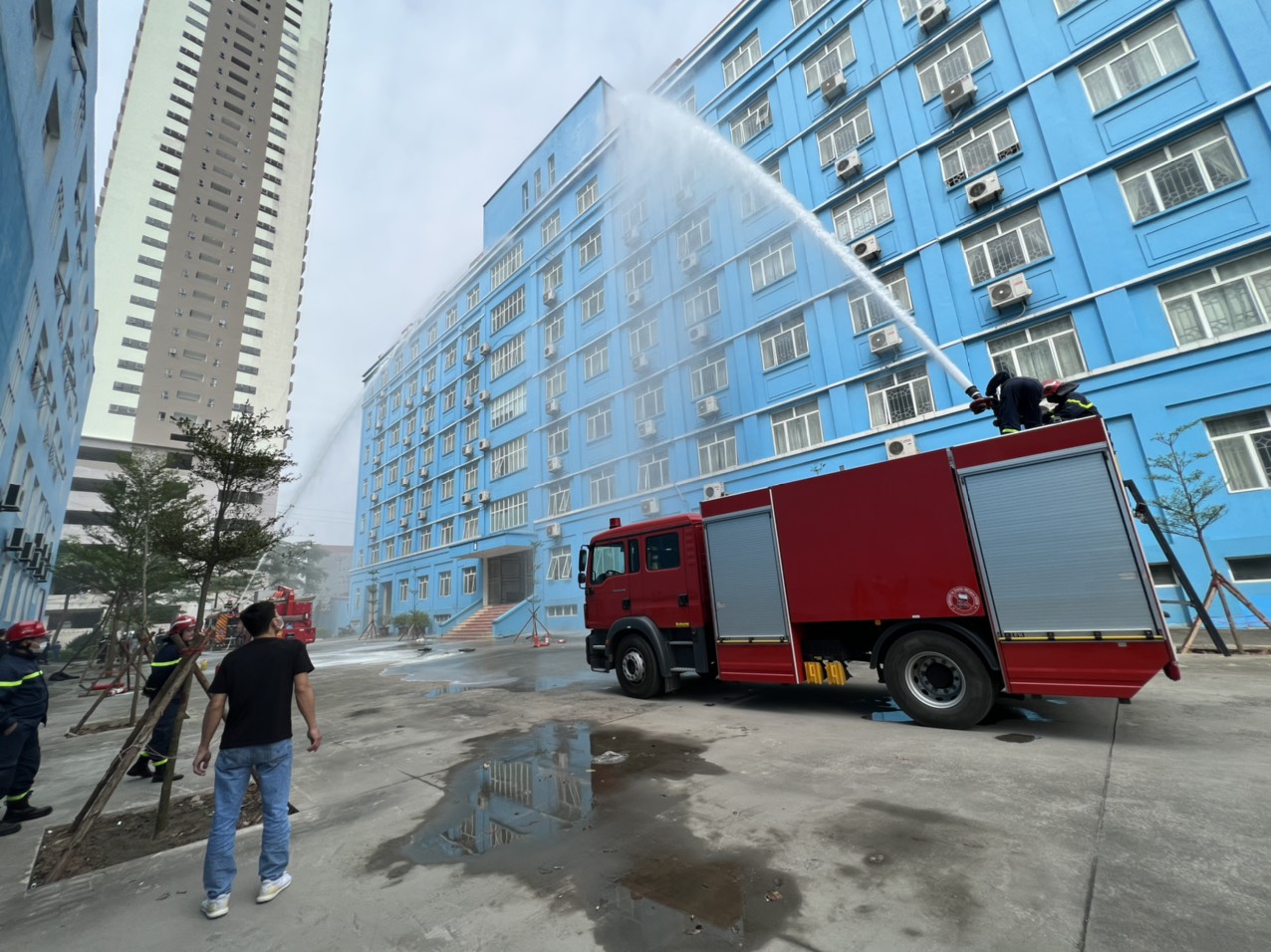 At the same time, the police team of fire prevention and fighting and rescue, Hoai Duc district police mobilized a force of officers, soldiers and specialized fire fighting vehicles to extinguish and control the fire and rescue. .